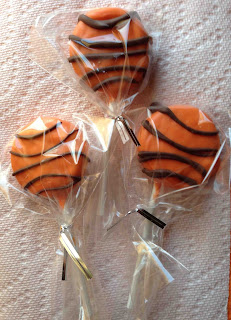 I run the concession stand at my daughter's school and today is the semifinals of the girls basketball tournament. I have been wanting to make oreo pops for awhile now and thought of making them into basketballs. I'm going to sell them at the stand today. 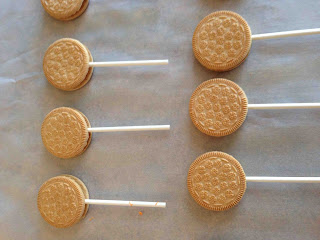 Thank you for visiting. I am a Recreational Therapist and I do this blog as a hobby so my girls can look back at what interested their mom, find recipes, etc. I love doing DIY projects, traveling, crafting, gardening, and baking.


Feel free to use an image...as long as you link back to this blog. My photos are not to be changed or altered in any way shape or form without my consent. Feel free to use my ideas for your personal use only. If you have any questions about whether you can "use" one of my ideas...feel free to E-MAIL me and ask!